Hello, I am currently building a python script to generate codes for Huawei P20 (EML-L29) bootloader. So far, I have to deal with these things in order to make it work: - the code is a 16 digit number - the last tried code is stored in a txt. Before you make any tweak, the first thing you need to do is to unlock the bootloader of Huawei. Here you can unlock bootloader on your cell phone with unlock.

Users who own an Android divece like Huawei can not stop from tweaking, modifying the system, flashing a new custom or rooting the device. Some users want to make their device unique for their own. They are willing to modify their device. Before you make any tweak, the first thing you need to do is to unlock the bootloader of Huawei.

Here you can unlock bootloader on your cell phone with unlock bootloader apk code generator available for free download on this page below. When we buy a mobile phone it is almost certain that it comes with a locked bootloader. The bootloader is something like a security thing. Security which prevents users to swipe the existing operative system. You would soon receive an unlocking code in your email. All you got to do is insert a new SIM to your device and use the code to unlock it. With these three simple steps, you can unlock your Huawei device using this remarkable Huawei unlock code calculator. Get Huawei Bootloader Unlock Code With Dc Unlocker Extract the downloaded DC Unlocker client app zip file. Double click or Run dc-unlocker2client.exe. Move to the server tab and log in. Use the user password which you got in DC Huawei Bootloader Codes Android app.

What is a Android Bootloader?

Every Android including Huawei device has a bootloader that instructs the operating system kernel to boot normally. But you need to understand one thing here that as Android OS is an open source OS and is available on a variety of different hardware, every manufacturer has their own version of bootloader specific for the hardware present in it’s environment.

Why the Bootloader is locked?

A bootloader is usually locked on an Android device because although it’s an open source OS, still the manufacturers want you to stick to their Android OS version specifically designed for the device. In order to apply this concept, manufacturers lock the bootloader. With a locked bootloader on Android devices, it is virtually impossible to flash a Custom ROM and forced attempts void warranty as well as usually end up in bricks. Therefore, the first step is to always unlock the bootloader.

How to Unlock the Bootloader on Huawei Device

The unlocking process will sweep of all the data of Android. So it is important to backup your precious data. Backup everything you want to keep, then continue to the next step.

If it shows a serial number, your device is recognized and you can continue with the process. Otherwise, ensure you’ve performed the above steps correctly.

Step 3: Get an Unlock Code of Huawei.

Step 4: Unlock your Bootloader of Your Android Device.

Here comes to perform the unlocking process. If you haven't interrupted the connection and your phone still in the fastboot mode ( If your device isn't in the fastboot, then repeat the step 2).

The device will show a message at boot stating that your bootloader is unlocked. With an unlocked bootloader you will be allowed to root your Android, flash a custom recovery or install a custom ROM.

KingoRoot Android on Windows has the highest success rate. It supports almost any Android device and version.

KingoRoot for Android is the most convenient and powerful apk root tool. Root any Android device and version without connecting to PC. 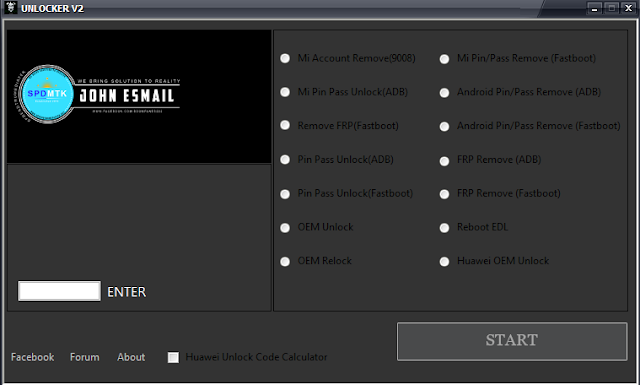