Welcome to “Is it Dead or Dying?”, each edition we check out a different game widely believed to be “dead” to see if there is any development or community activity and determine if it is genuinely beyond recovery.

Stewart Chisam (CEO of Hi-Rez) Has confirmed that Realm Royale is unlikely to receive further updates beyond bug fixes and minor content updates; he went into detail to explain why this was the case, including providing a glimpse at the financials of Realm Royale when compared to other Hi-Rez titles.

Hi-Rez is first and foremost a business, and its foolishness to invest money in a title that is unable to sustain itself in the long term; it’s clear Stewart Chisam wishes Realm Royale could have become a success, and the fact it received so many updates and even full crossplay support despite being a finical failure shows just how much Hi-Rez fought to keep the floundering battle royale alive.

Thankfully for fans of the title, Stewart Chisam has assured the servers will remain active for the foreseeable future, which will be a relief to its small but dedicated crossplay community.

Realm Royale appears to be surprisingly alive for a “failed” titles that struggle hovers around 1k ccu on steam for most of the day; the secret to this continued cavity can be attributed to 3 major factors.

Bots: while a traditional battle royale waits until 70+ players are in a lobby before starting, Realm Royale lobbies will launch with as few as 10 players, populating the remaining slots with bots.

While bots are nothing new, and even the world most popular Battle Royale with over 350 million players (Fortnite Battle Royale) utilises bots to help speed up its skill-based matchmaking system, the bots in Realm Royale are far less advanced, and you will often find them fleeing from combat, getting stuck on doorways or forgetting to attack all together despite being fully armed.

Crossplay: enabling full crossplay support between all supported systems was the single best decision that Hi-Rez ever made regarding Realm Royale.

Crossplay is the future, and games that neglect crossplay often face a quick and, at times, painful descent into obscurity.

Thanks to crossplay and the aforementioned bots, most matches have at least 15-30 real players; compared to larger battle royales, this may not sound like much, but to Realm Royale, it has been a saving grace.

Community: the small but loyal multi-platform Realm Royale community and their passion for the game has kept it alive during long patches of radio silence, and even the official end of development, the community of Realm Royale can be proud of what they have accomplished, their passion and love for the game has kept it at least somewhat relevant in the competitive Battle Royale genre.

While it is unlikely ever to see a return to active development, its continued survival is very much dependant on its remaining community. 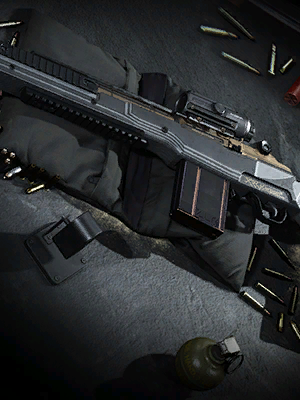 Why did it Die?

Realm Royale is not entirely dead, but its best days are long behind it; Realm Royale is essentially a good game in a genre full of great titles (Fortnite Battle Royale, Player UnknownBattlegrounds,Call of Duty: Warzone, and Apex Legends).

Realm Royale could not compete with such fierce competition, despite introducing several features ahead of its time, such as a self-reviving mechanic and upgrade weapons, later made famous by Call of Duty Warzone (gulag) and Fortnite Battle Royale (upgradeable weapons).

If Realm Royale had launched with crossplay support, it would remain a serious contender in the genre; unfortunately, crossplay arrived too late to establish Realm Royale as a major player, despite its eventual arrival saving it from total obscurity.

The importance of launching with full cross-play support is made evident by the massive success of Rogue Company, which quickly attracted over 15 million players and the attention of major streamers such as Dr Disrespect, who designed a Map and LTM for the tactical shooter.

Can it be Saved?

Realm Royale cannot be saved in the traditional sense of the word; it will continue on the back burner until such a time it is financially unviable to keep the servers running, with the cost of servers being far less expensive than they used to be, Hi-Rez could easily keep the server running for years, or they could opt to cut further losses and sunset the title entirely in 2022.

Is Realm Royale in immediate danger of being sunset? No, will it sunset sooner rather than later? Most likely.

Hi-Rez has enough wider community support to “weather the storm” of sunsetting Realm Royale; will they risk the bad press? Not just yet, but I would not be surprised if conversations to that effect are already taking place.

Games to Play Instead:

Save on PlayerUnknown Battlegrounds at the following retailers:

Disclaimer: Bluntly Honest Reviews receives a small commission for purchases made via our affiliate links, it doesn't cost you anything, and it helps support the site, thanks in advance!
⇐ ⇐ Skyrim First Person Vampire Lord
⇒ ⇒ Revert To Old Version Of Microsoft Office Mac
Most Popular Articles