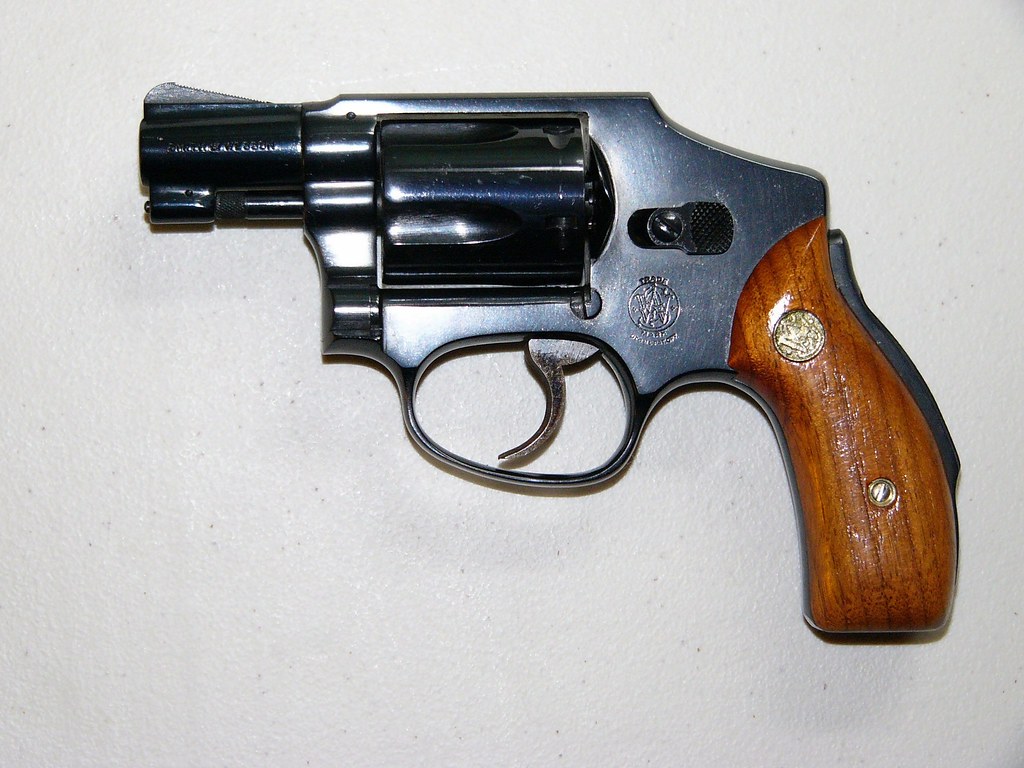 We do NOT sell GUNS.

We do NOT sell PARTS.

We do NOT offer GUN VALUES.

We do not represent any gun
makers or sellers.

SERIAL NUMBERS OFTEN ALLOW YOU TO DETERMINE YEAR OF MANUFACTURE

Knowing the year your vintage firearm was made makes it easier to decide which gun catalog we sell will give you the best information about the company, models made and more. To help you determine the year made, find your serial number and then select a link from those below to sites that offer serial dates.

Other websites that may help (Information from websites other than the manufacturer website should be examined with some skepticism): 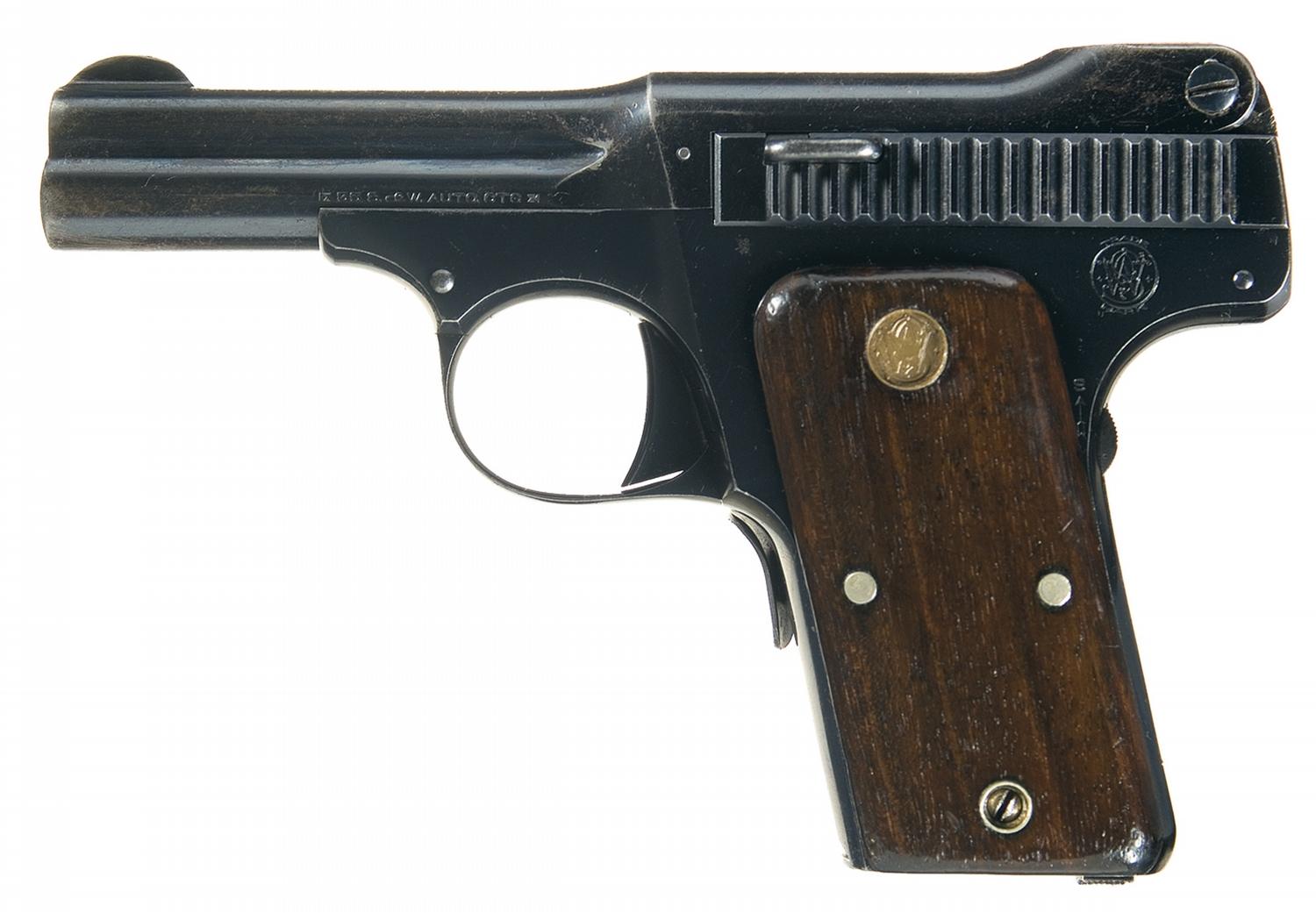 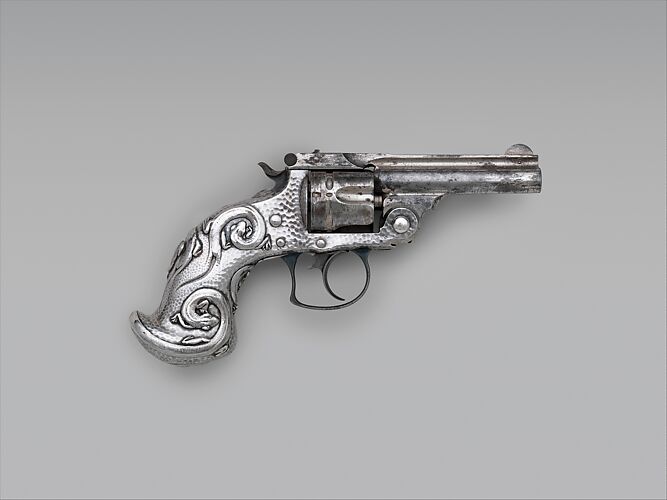 Smith and Wesson made a lot of guns. We sometimes debate their efficiency at tracking serials. Part of our confusion comes from us not having a clear idea of how and when they were assigned, and how and when assembly numbers were assigned. Its also probably important that those methods may have changed over time (remember, they've been in business for a while.)
S&W is known to hold blocks of numbers for some purposes. It means if they want to build a comemmorative, all the guns have sequential numbers. Or sometimes, anyhow. It doesn't mean they were all completed the same day or week, just that someone went to the effort to assure they had similar numbers.
From what I can glean from the books on the subject, S&W logs in guns when they move from production/inspection to the 'vault', the place where they're shipped from. The letters we beg from Roy indicate another date, the date they're shipped from the vault. It may be important that those may be the same day, or a date years later.
Some guns were hot sellers. S&W is a business. They, like all other business entities have cash flow problems and concerns. If they have a completed gun, and a willing customer, they ship it. They also completed some batch blocks of guns. Its just cheaper and easier to build the same configuration guns at the same time. Even if there isn't a ready and willing customer.
We also know S&W made some ugly ducklings. Many of us don't feel that way today... But there was a time frame where you almost couldn't give away a Heavy Duty or Outdoorsman. Or K32s. So they languished. Probably in the vault.
All an adjacent serial number means is that the guns were probably in production at the same time, maybe even side by side for a few steps in the production process, maybe separated on different racks, too. We just don't know and Roy hasn't indicated if records exist of various guns in various stages. Its probably safe to say many gun frames were sequentially numbered at about the same time. Its an internal control issue.
But we also find guns from time to time where the factory has no records of them existing. Its not unusual for one of us to blow our meager allowances on letters. Only to get one back that says 'Open on Company books.' We have no idea what that phrase really means, but probably any of a number of things, including stolen (lunchbox guns), destroyed during production, pulled out for some reason and never shipped or sold, given to an employee for whatever reason, etc. I've got a beautiful early Centennial that came back that way. It just happens.
We seem to read way to much into serial numbers. A lot of are willing to pay a premium, some time a multiple of fair market, just to obtain a desireable number. I've done it before and I'll do it again. The family (my family) owns 2 637s. Younger son covets the one with a 'CCW' prefix. Two reasons, he doesn't clean his guns, and the CCW is new/pristine, and its just a cool number. Sebago Son owns a K22. He mercilessly lofts it over my head because he located it in a chicken coop, and because it has K117 on the underside. All I've managed to score are K155 and K166. And I was mad at Blake (one of our posters) because he let K141 escape to an unwashed heathen owner. The guy who owned K137 wouldn't sell it to me, nor would the owner of K188.
So maybe I should rephrase the first sentence of that last paragraph. I read way too much into serial numbers! :)
⇐ ⇐ Dg41wv Drivers For Mac
⇒ ⇒ Download One Man Band 12
Most Popular Articles