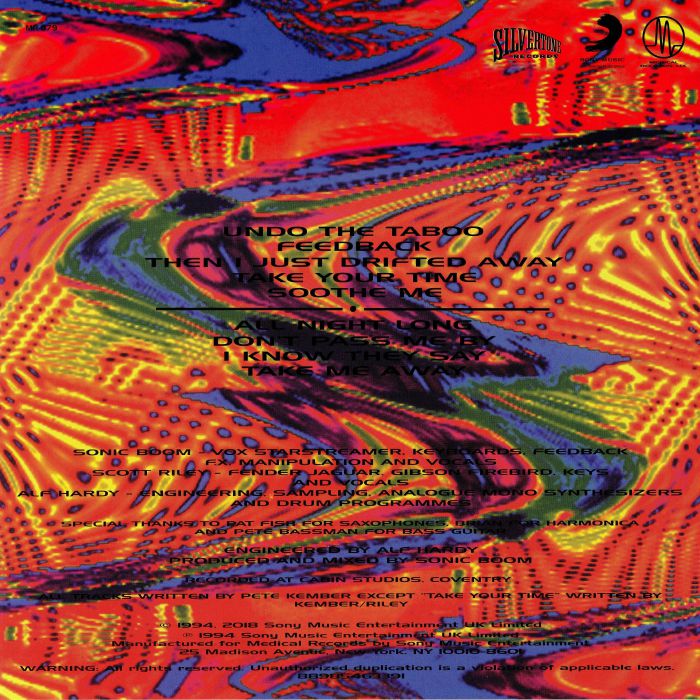 First time reissue on any format of the 1994 album by Spectrum. Spectrum is the project of Sonic Boom (ex-Spacemen 3 as well as Experimental Audio Research) and collaborators. Technically his 3rd album but the 2nd under the name Spectrum. Carrying on the signature sound exemplified on “Soul Kiss (Glide Divine)”, “Highs, Lows, And Heavenly Blows” lulls the listener into a deep trance with it’s droning and hypnotic tracks and treated vocals on top of a myriad of analog synths and Sonic’s recognizable guitar treatments. The first track “Undo the Taboo” sets the stage for a meditative ride that doesn’t let up until the last track. Absolutely crucial and long awaited reissue.